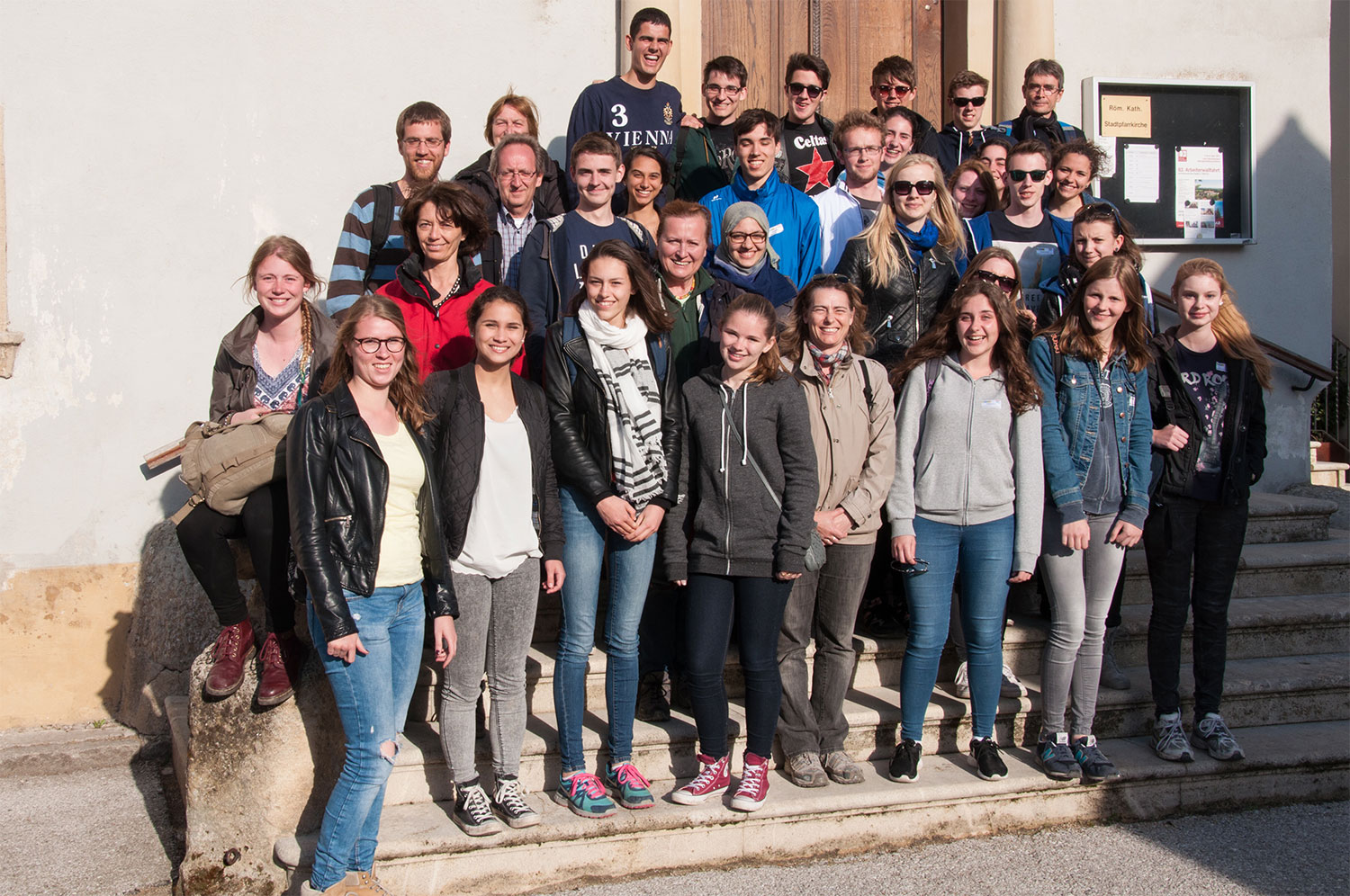 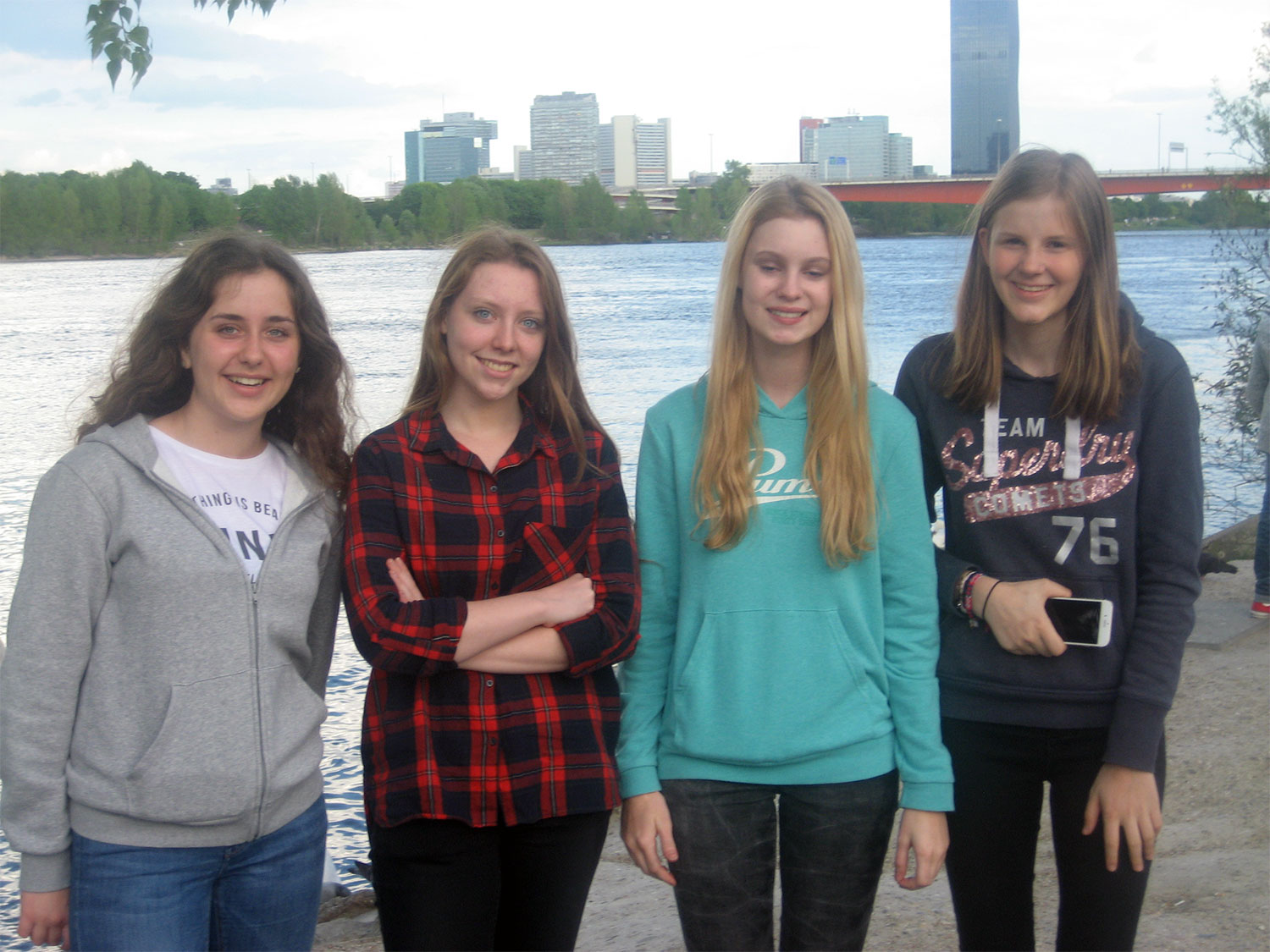 On Sunday the 26th of April, we took our plane at 12:50 at the Luxemburgish airport Findel. After one and a half hours we arrived in Vienna, where we met other participants and organisers of the masterclass on the topic Water. Four other schools from Spain, Netherlands, Denmark and a second school from Luxemburg also participated in this europroject activity. We arrived at the youth hostel and got the keys to our bedroom. Afterwards we went for a walk along the river Danube, which flows very close to the youth hostel. At six o’clock we walked back to the hostel and had dinner. At seven o’clock we left for the Vienna Prater, an old amusement park, which has a lot of exciting attractions. First we went on the big wheel with two of the other Luxemburgish students and a few of the Spanish students. We enjoyed our ride and had a lot of fun taking selfies and watching all the other attractions. Then we went on every rollercoaster that we saw and no looping could stop us. There weren’t many people so we didn’t have to wait for a long time and riding a rollercoaster in the middle of the night is just as amazing as it sounds. After having a great time we returned to the youth hostel and went to sleep. 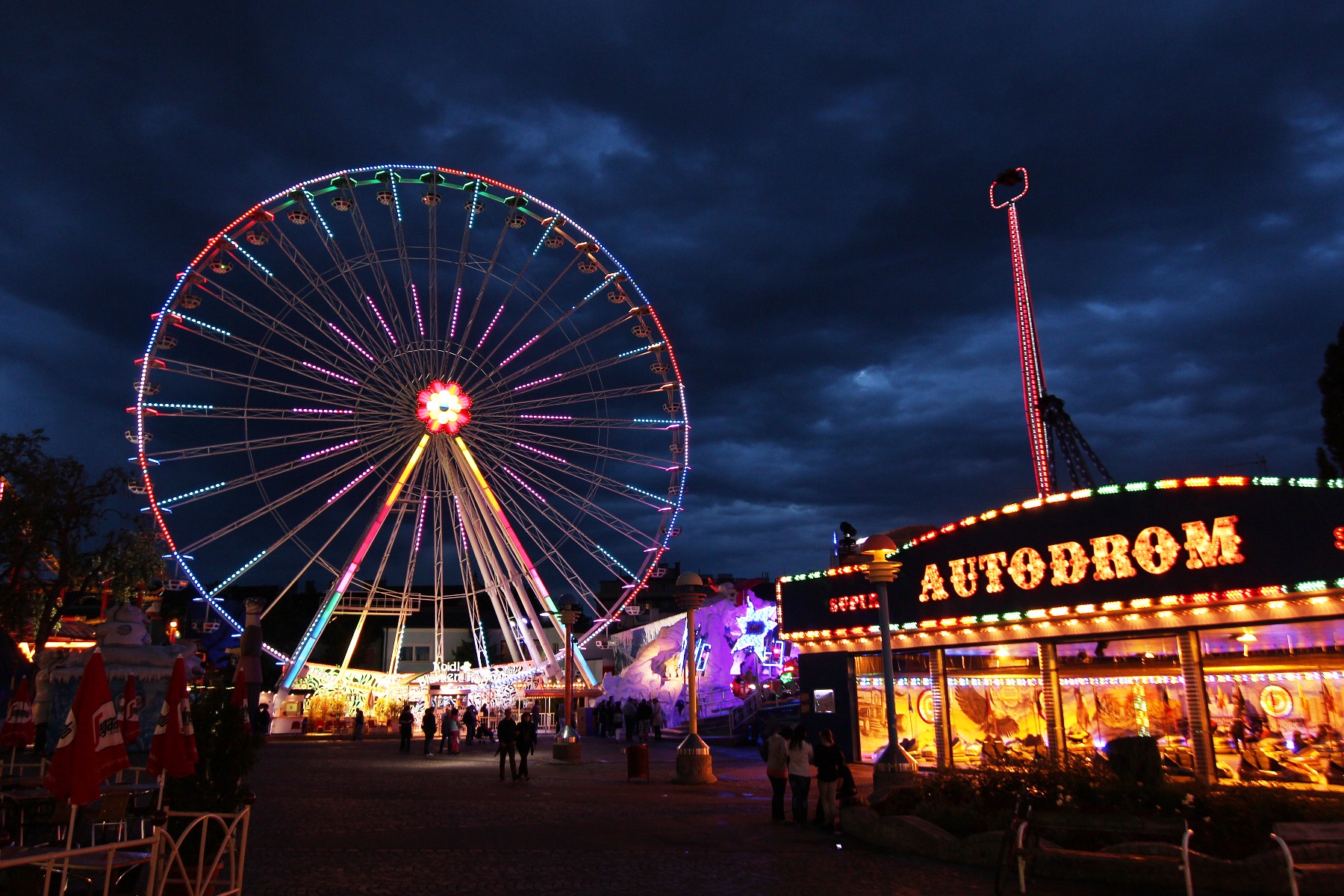 On Monday morning we went to Bundesrealgymnasium 19, the school in Vienna which hosted the masterclass. When we arrived, there was an opening ceremony. Pupils of the BRG19 welcomed every participant in their native language and in French for the Luxemburgish groups. There was an inaugurational speech by the head of the 19th district of Vienna

After the opening ceremony, all the groups were led into a science lab to analize the water samples (tap water and water from a river or pond ) they had brought from their home. We interacted with Austrian pupils who guided us for these tests, assaying the concentration of ammonium, phosphate, nitrite etc. in our water samples. The results showed that the water in Luxembourg is relatively clean. However, the polluted water of an agricultural Luxembourgish area appeared to have a high amount of nitrite. We had lunch at the BRG19 and considering our lunch were enormous sandwiches spelling: H2O, we could really see the school had put a lot of effort into being good hosts for us.

The Spanish and Danish people in the project were amazed to hear that in Luxembourg, speaking five languages isn´t a big deal, but there were also Austrian people who were very surprised to hear that there even existed an independent Luxembourgish language aside from French and German 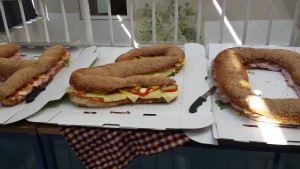 After lunch we took the bus to a water treatment plant where we got a guided tour. We learnt a lot about the mechanical and biological phases the waste water has to go through before it can be released again.

We then returned to the youth hostel, had lunch, and took out to Millenium City, a mall where we finished the evening with funny bowling, c 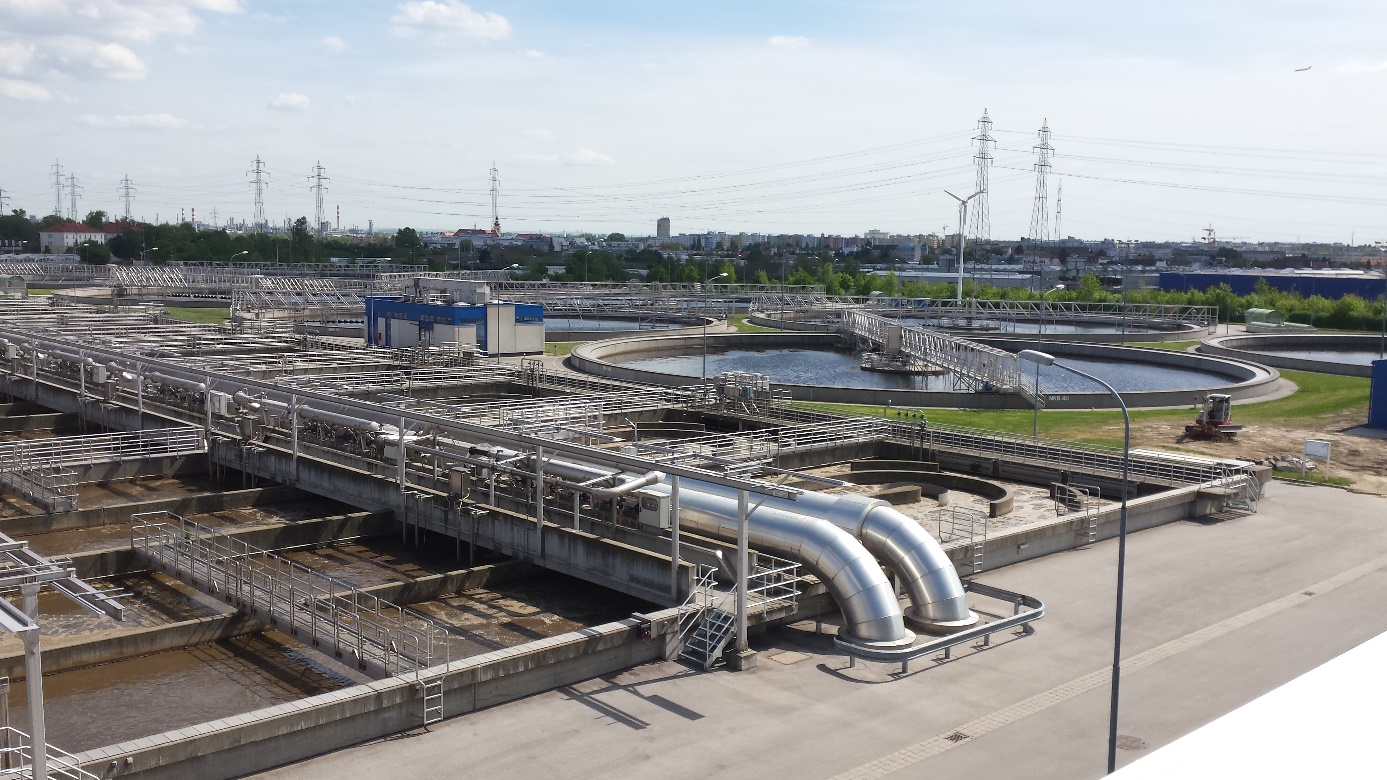 On Tuesday morning, we visited the Water power plant Freudenau, a run-of-river plant situated on the Danube. We first learned about the history of the run-of-river plant and then we did a tour of the power plant 30 meters below water level where we had a closer look on the powerful machinery. We learned how the power plant situated on the Danube works and how much electricity is produced by the turbines every day. After that we had lunch which we brought along from the youth hostel, and we did a bus sightseeing tour and saw all the major sights of Vienna. We were even driven to the highest part of a mountain where were had a beautiful view of the entire city. After the tour we had free time for the rest of the day. We decided to visit the famous Spanish riding school (“Wiener Hofreitschule”). It was very interesting to see the gorgeous riding hall and the magnificent Lipizzaner horses. Then we were free for the rest of the day. We first went to Starbucks to have a warm drink and then we went shopping on the famous ‘Mariahilfer Straße’ and had dinner at a fast-food restaurant. At 9 p.m. we returned to the hostel where we played card games with our friends from other schools. We totally forgot the track of time so we were still awake till long after midnight. It was a nice day and we had a lot of fun. 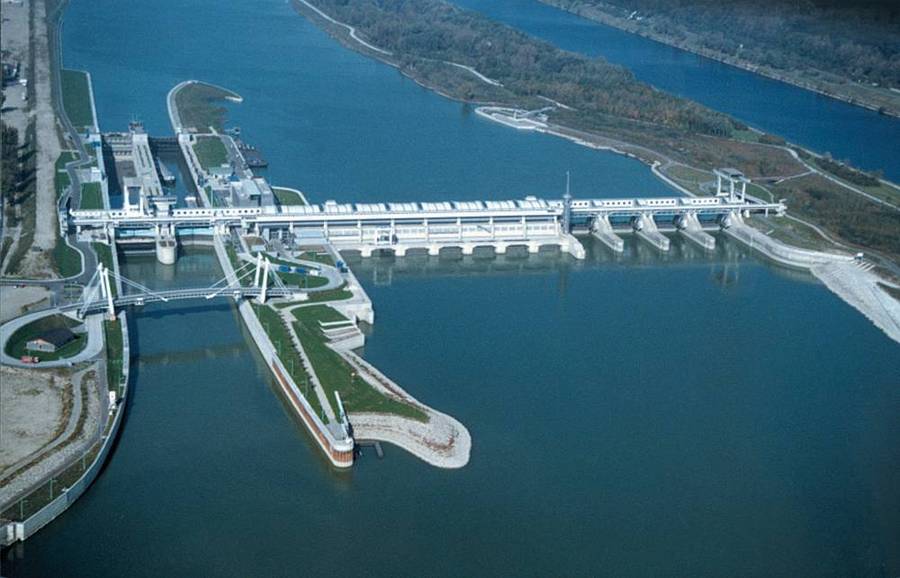 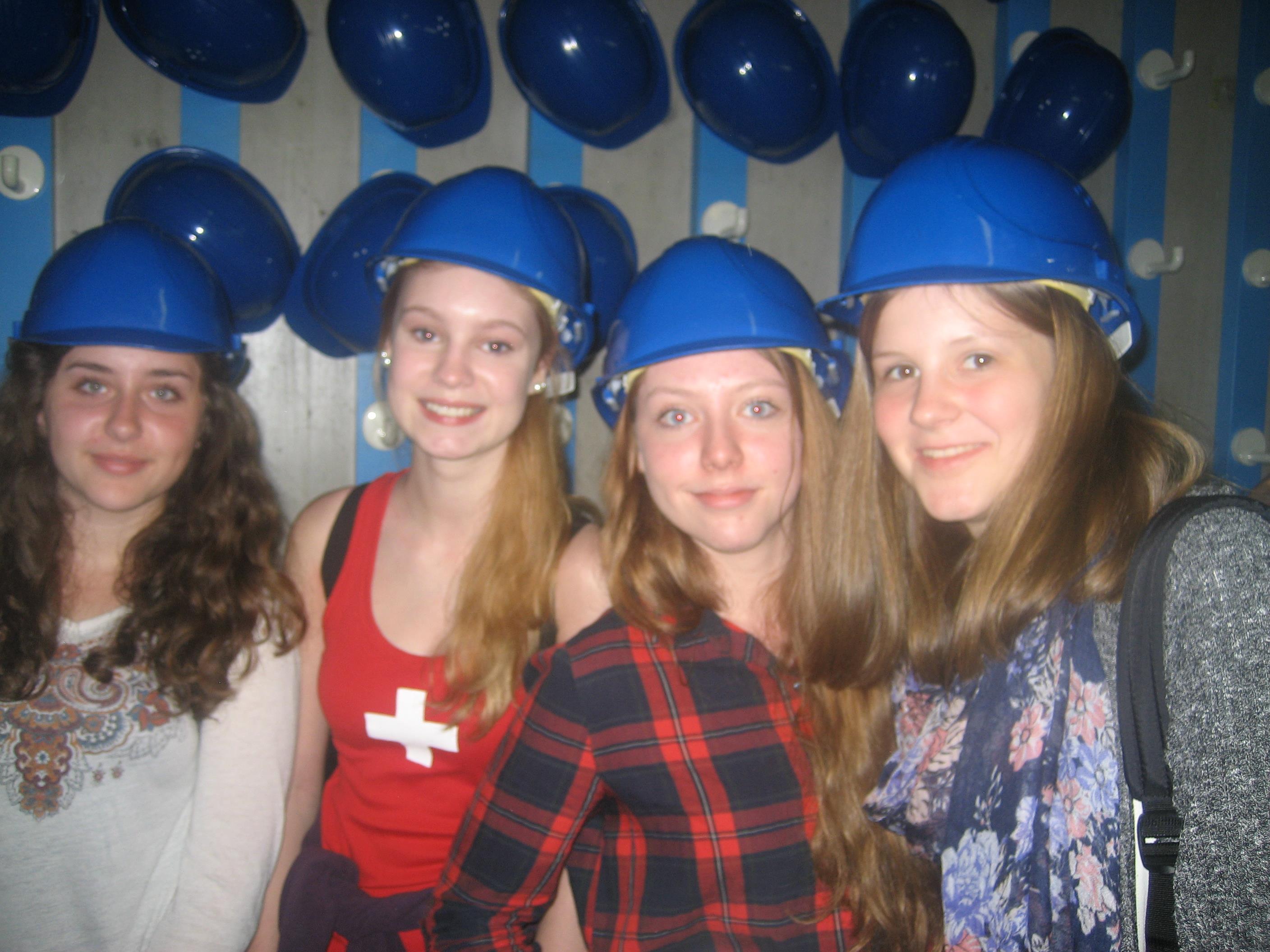 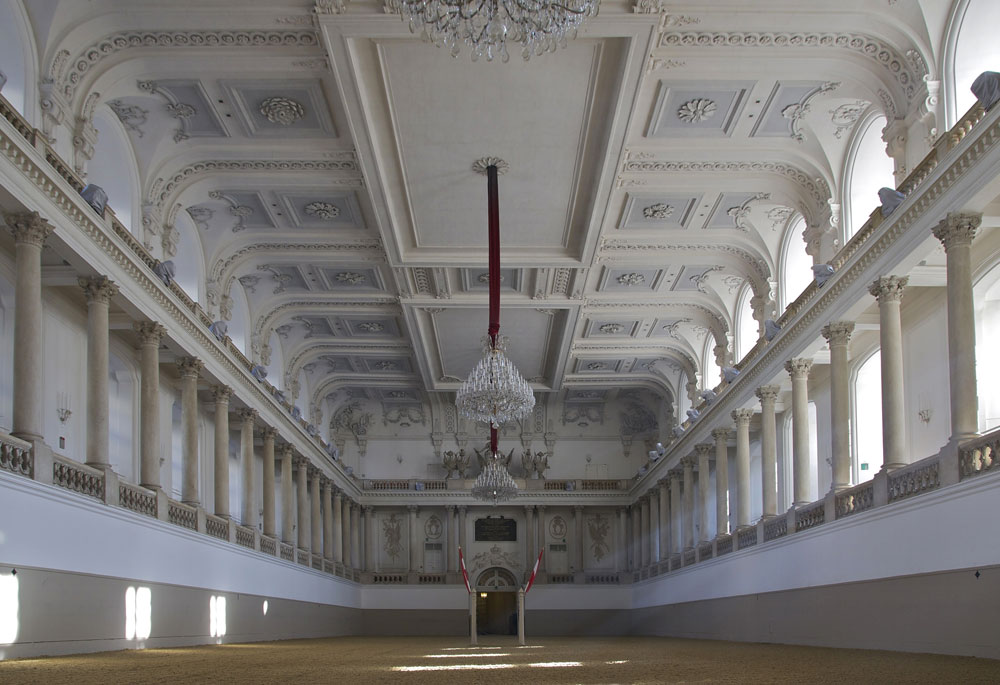 Wednesday we woke up early because we had to take a bus driving us to the Neusiedlersee. The ride lasted two hours which was a great opportunity for everyone to catch up on some sleep because the most of us went really late to bed and didn’t get enough sleep.

At Illmitz/Neusiedlersee we went to observe bird species and small animals in the water. Thanks to some special gear, two of us had the opportunity to enter the water to search for water animals. Although it was really cold that day, we had a lot of fun and we laughed a lot.

All that exploring, of course made us really hungry. The bus brought us to a restaurant, were we had a great meal and everyone was satisfied. It was now time for a water tour of the Neusiedlersee which is a very extraordinary and beautiful lake.

We then went to a small village called Rust, where we could see a lot of storks breeding on the roofs of the houses. We made a group photo and got back on the bus. The exploring and the water tour made us tired, because on our way back to Vienna everyone was sleeping in the bus again. 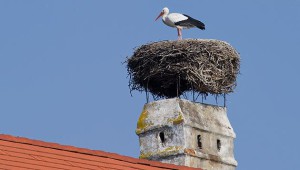 In Vienna we had a great farewell meal at a restaurant called „Fuhrgasslhuber“ in Grinzig. Everyone had fun and we laughed a lot together. The athmosphere was really great, and as the evening went to an end, some of us were sad and weren’t ready to say goodbye already.

That’s why we decided to go to a Karaoke-Bar which was a great end to a wonderful evening.

On Thursday morning we all had breakfast together, then, it was time to say our final goodbyes and to leave to the airport.

These five days in Vienna were amazing!

The Europroject masterclass in Vienna was a great experience and a good opportunity to meet new people and get to know about other cultures. We all learned a lot and made a lot of new friends.

We’re looking forward to participating in more projects like this in the future.