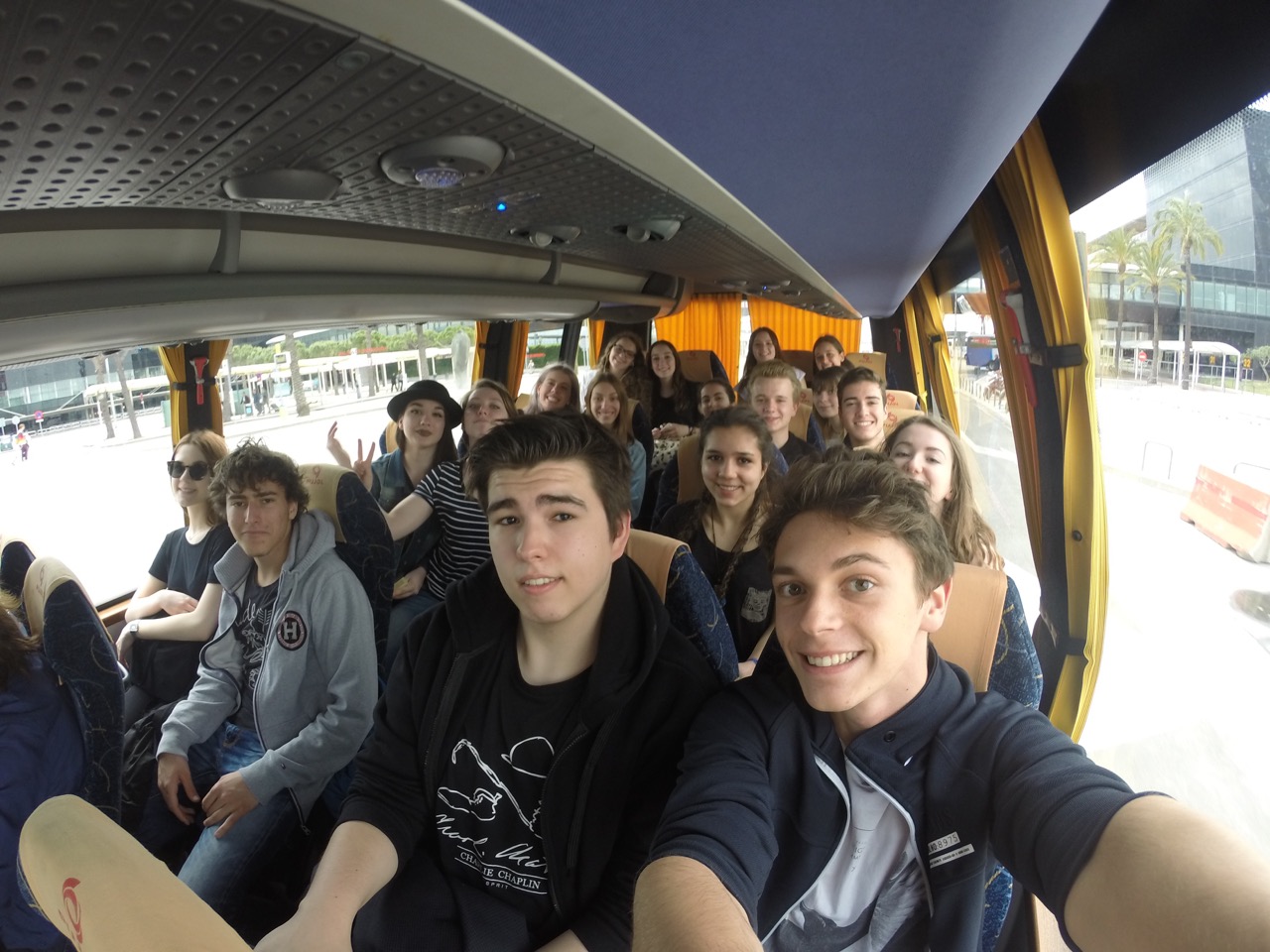 « Our trip to Barcelona was quite successful. We visited a lot of sights ; museums that give you a whole new perspective of creativity and monuments like the spectacular Sagrada Familia having a flabbergasting effect on you as you realize what people can create only using their imagination and hands. But one thing I had missed but could finally re-experience was being free, mentally. Life can be really hard sometimes, as we all have our daily tasks and duties. But when you’re in a different country during schooltime with friends, you really feeling that you are on a long awaited break. So my highlight was actually the simple walking down a street with (a) special person/people and talking to friendly strangers. In my opinion, we fulfilled the actual purpose of a schooltrip as friendship and peace offered that unique feeling of freedom »

“I enjoyed every minute of our trip to Barcelona, however there were a few moments I particularly liked. My personal favourite part of the trip was probably the last evening. We all met and decided to write something down in Zoé’s notebook, things like ‘What I learned in Barcelona’’ or ’What this trip showed me’’. The good thing about this little exercise was that one only thought about the positive things of the trip and forgot about the negative ones (like Leticia getting her phone stolen). After everyone had written a paragraph or two, we read them out loud. Each one of us was praised and we all had a good laugh whilst appreciating the friendships we have built since September. This made me realize how precious the little moments in life are.”

“My highlight of our school trip to Barcelona must have been nearly scaring our classmate Diogo to death and failing horribly at it in the end. After finding out that Diogo is extremely afraid of ghosts we decided to pull a prank on him. We planned everything in detail. Poor Diogo thought we were talking poorly of him behind his back. On the first evening the boys in our class thought they had heard a knock at their door, but when they opened no one was there. 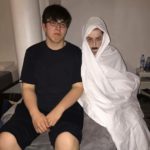 On the last evening, – after we had been visiting a church that day – we told him that some of us had seen a strange woman on the balcony above them and that after turning around, she had been right in front of them. People told more and more ghost stories to scare Diogo and it worked wonderfully. We then lured him out of the room with an excuse. Meanwhile, one of our girls with full-on scary make-up hid in the bathroom. Diogo afterwards was already close to tears after hearing our final ghost story which was about an Italian ghost lady who foretold the death of a girl. It was at that moment that the girl stormed out of the bathroom with a battle scream and attacked Diogo wrapped in her white blanket. However, it didn´t scare anyone. In fact, it was good for a laugh.”