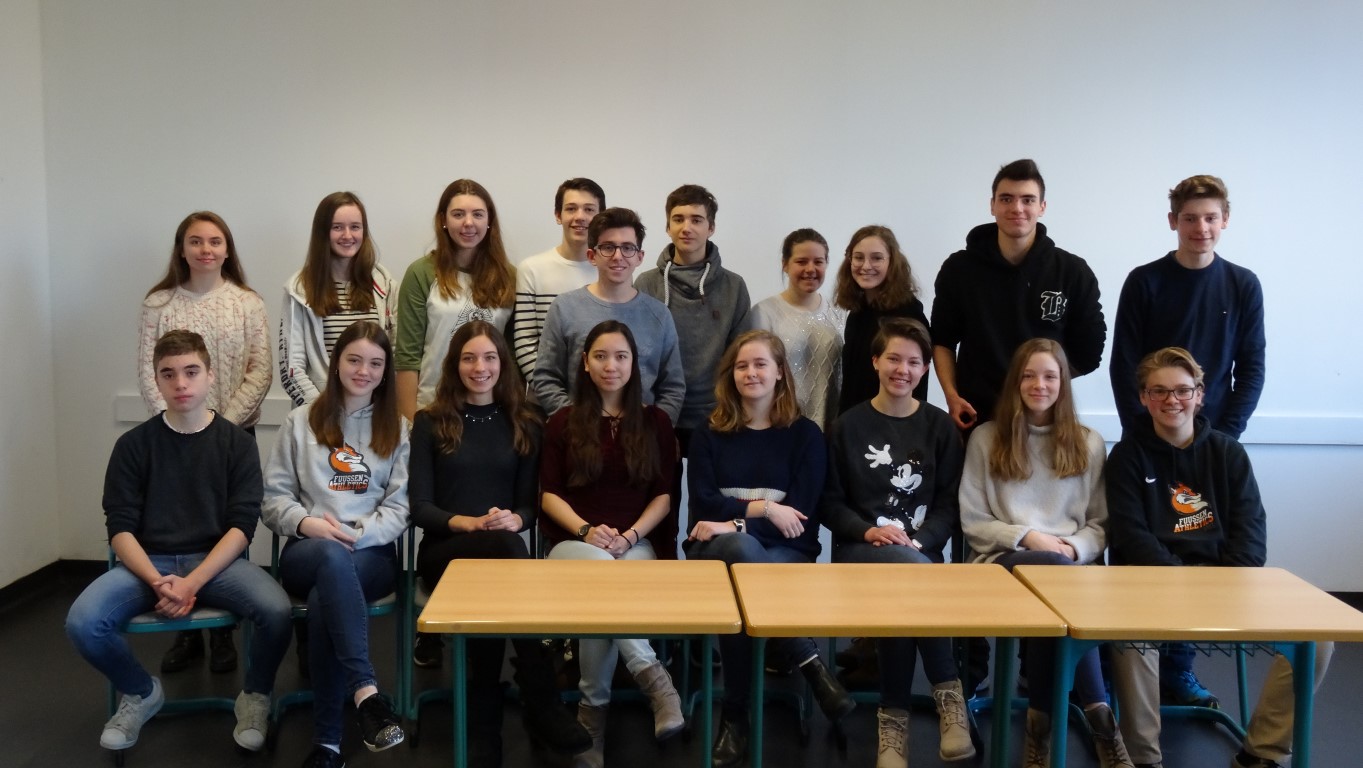 The students of 4CL1, 4CL3 and 4CL7 from Lycée Michel-Rodange are proud to announce that, in this year’s “Concours Jeune Journaliste”, they have managed to win the award for the best student project in the “cycle moyen” category. This is an annual, nationwide competition organized by Conseil de Presse, in collaboration with MENJE/SCRIPT and ZpB (Fondatioun Zentrum fir politesch Bildung). The award ceremony, which took place at Lycée des Arts et Métiers on Monday, 5 March 2018, was attended by the 4eCL students together with their English teacher (and supervisor for this project), Mr Michel Fandel, and the headmaster of LMRL, Mr Jean-Claude Hemmer.

This year’s “Concours Jeune Journaliste” focused on the topic “Typesch Lëtzebuerg!? – Ee Land, seng Awunner, seng Macken”. In their project, the 4eCL students created a 5-minute film clip including a short documentary about Luxembourg and some of its most iconic sights, as well as extracts from several interviews about the country and its population. To round off the project, a song that playfully addresses the history of Luxembourg and its different cultural influences was also created and recorded.

These different productions, along with a few descriptions and explanations (and even the chords you need to play the song yourself!), can be consulted on the following – award-winning! – website: