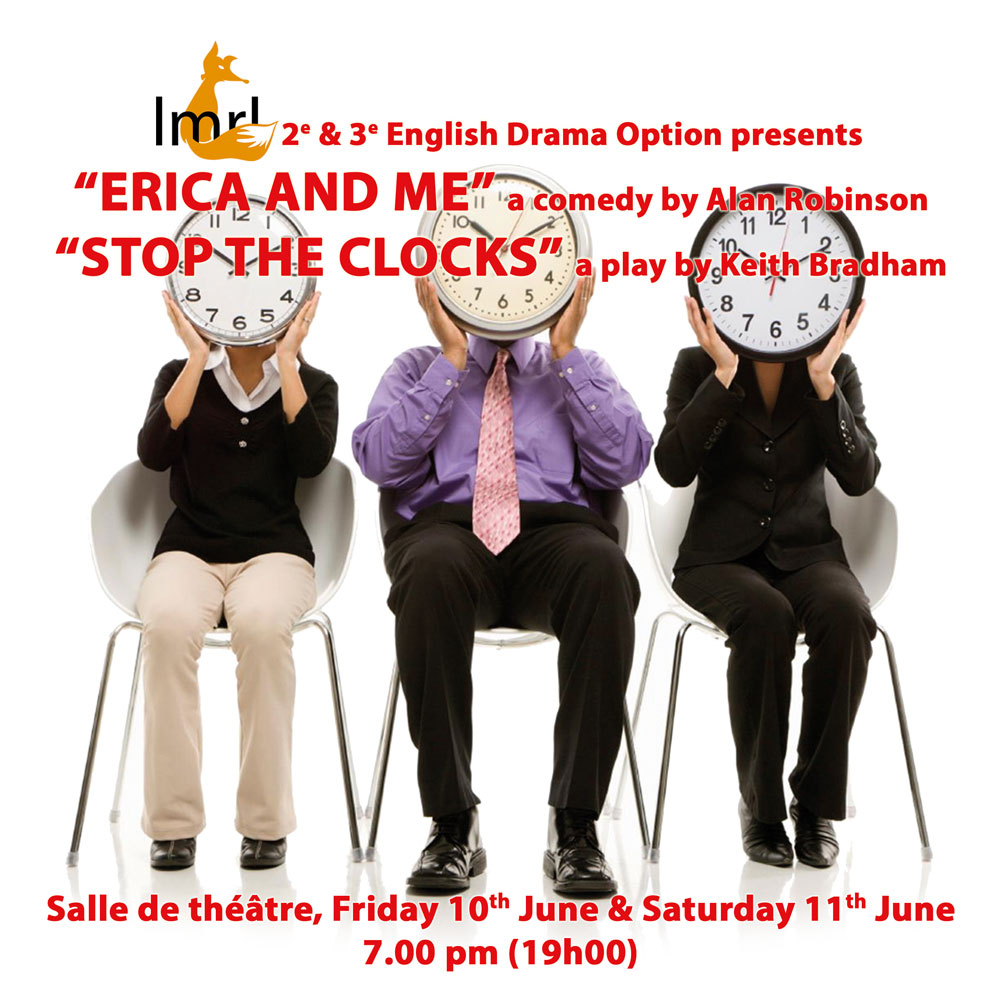 ERICA AND ME is a classic situation comedy of mistaken identity. Simon, a young single man, is a in a hurry. He badly wants promotion in the company he works for; but his boss, Mr Collings, will only promote married family men. To convince Mr Collings that he is the right man for the job, Simon invites Mr and Mrs Collings to dinner to meet his partner Erica. The only problem is that Erica doesn’t exist. Simon has hired an escort girl to pretend to be his partner. However, when the escort girl arrives she doesn’t seem to know what she is meant to do, or even to speak English. This leads to hilarious confusion as Simon tries to convince his guests that “Erica” is his girlfriend. But the evening is about to get worse as not just one, but three more women arrive … all claiming to be Erica. As Simon watches the evening … and his chances of getting the job … crash around him, can anything save him from disaster?

In STOP THE CLOCKS, by contrast, it is not a person who is in a hurry, but time itself. The play is a thoughtful reflection on the relentless march of time and our progress through life. Through a series of short sketches and speeches, the story of our life from birth to old age … and from hope to disillusion … is rapidly played out. Linking these scenes is the continual “tick, tock” of the clock as minutes, hours, days and years slip away, leaving us to ask “where did it all go”? Whatever we do with our lives, it sees we can never stop the clocks. This experimental show ranges from the comic to the tragic to the obscure and the staging is based on improvisation work done by the class during the year.